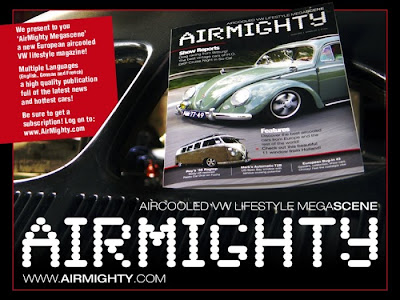 
'AirMighty Megascene', the new European Aircooled VW Lifestyle Magazine
We bring you the "bigger picture" on the aircooled VW scene

Who?
In January 2010 Niels Timmerman and Kobus Cantraine will launch a new aircooled VW magazine. A European publication called ‘AirMighty Megascene’ and it will be printed quarterly.
The lead language is English but the stories will be translated into German and French. Three major languages inside one publication, it will be an all European magazine!

What...
AirMighty Megascene will be an exclusive high end magazine, a quarterly print on thick high quality paper with a glossy finish. It will be a magazine that you want to collect and we hope to be an addition to the VW scene in general. We in no way want to be a competitor to the already existing media, we want it to be an extra, something that people will want to get on top of their usual monthly favourite aircooled magazines.

AirMighty Megascene magazines will feature News, Tech-Tips, Columns written by celebrities of the VW scene, Show Reports and Car Features. We are mainly focusing on European subjects but we will also bring you stories from the USA, Japan and Australia!

The Team
We have associated ourselves with reputable companies, famous photographers, writers and editors. With these connections we will be able to bring you the latest developments and news from all over the world. We are a European publication using global input.

The AirMighty writing team consists of Niels Timmerman (NL) and Kobus Cantraine (B) flanked by Georg Otto (D) and Yves Maertens (B). Georg and Yves will take care of the German and French texts. All of them have been into the aircooled VW scene for many years and will now share their experiences and knowledge with you inside the ‘AirMighty Megascene’!

“What you are about to discover, thanks to magazines like AirMighty, is that there is a massive community of guys and girls just like you who are searching for fun and information about the mighty Volkswagen.”
Dean Kirsten, Hot VWs Magazine

“Niels and Kobus have come up with an idea to give you a magazine which is available more than one language - hopefully your language - and I am sure this will appeal to you.”
Ivan McCutcheon, VolksWorld Magazine

How to get it!
Subscriptions will be available in ouw web shop. You will be able to find the magazine at some of the major aftermarket aircooled parts suppliers around the world plus of course thru their distributors and your local VW shop in Europe. 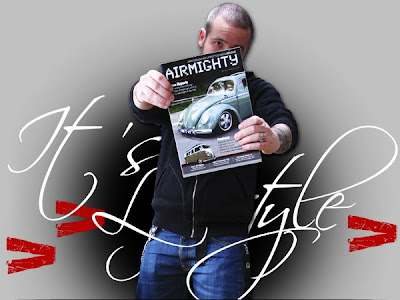 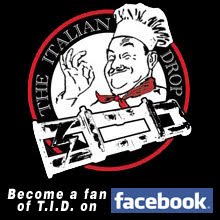 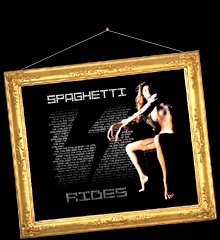